Each year September 21st is the the International Day of Peace,‘Peace Day’ is observed around the world. The UNITED FOR PEACE FILM FESTIVAL is held on Peace Day every year since 2011.

The International Day of Peace was established in 1981 by resolution 36/67 document of the United Nations General Assembly to coincide with its opening session, which was held annually on the third Tuesday of September. The first Peace Day was observed in September 1982.

In 2001, the General Assembly by unanimous vote adopted resolution 55/282 document, which established 21 September, Peace Day as an annual day of non-violence and cease-fire. 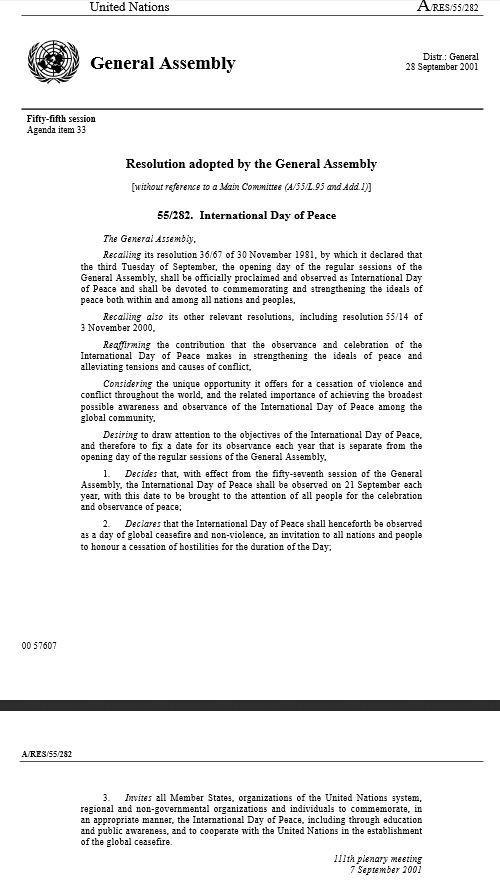