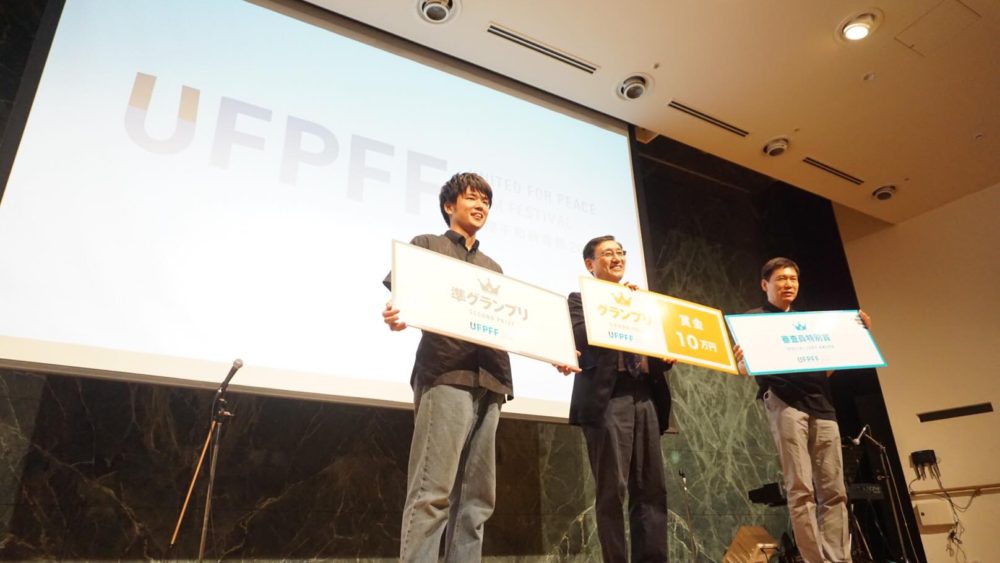 We’ve imagined a future world where due to serious environmental pollution, all the human beings have mutated. Because of the COVID-19, the nuclear radiation, or the haze, human beings begin to deform. However, in order to avoid humans extinction, we start to accept the existence of deformity. Since then, in this seemingly peaceful world, we’ve never seen ordinary people. Through this short film, I hope to arouse all the people’s awareness to protect the world.

Profile：Li Yifan was born in Shanghai, China. Some childhood experiences led her to the idea of telling stories with movies. She came to Korea to study because she likes Korean movies. In the past two years, she has paid more and more attention to environmental and world issues. In the future, she hopes to continue to create together with her friends, makes some works that can relieve people’s hearts and send out some wake-up calls for human beings.

Shin-chan, 41, creates internationally acclaimed ceramic works. Despite his autism, his talent blossomed when he discovered ceramics. Through the story of his support worker, Masaharu IKETANI , 90, who has been the closest person to him in creating the environment and supporting him, this documentary film raises the question of how support should be provided to people with disabilities.

Profile：Takuya Shimada was born in Mihara City, Hiroshima Prefecture, he was introduced to documentary filmmaking in a college class in 2019. Since then, he has continued to work independently, and in 2022, “Memories of War Traced with Grandparents,” which he produced as co-director, was selected for the Grand Prize at the 10th New Prefectural Art Exhibition.

A familiar encounter in a strange land, no barriers of any kind exist here. Nahi is a Korean exchange student who happens to meet a Korean (Ryong Ok) living in Japan on the train tracks. Although their upbringing, ideology, and many other things are different, they begin to feel a mutual affinity.