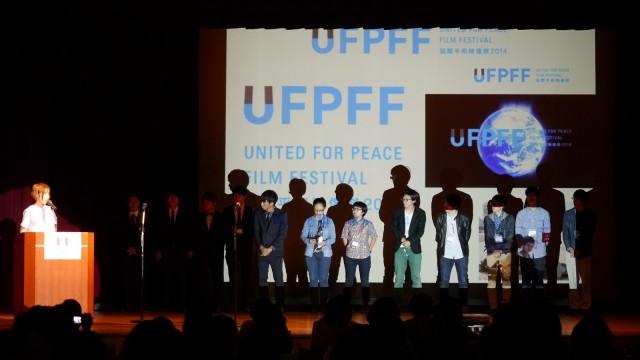 The UNITED FOR PEACE FILM FESTIVAL (UFPFF) is held every year on September 21st, the United Nations International ‘Peace Day’. This year marks the 5th anniversary event, presented at JICA in the Minato Mirai area of Yokohama, on Monday, September 21st.

On this day dedicated to peace, we present a variety of related events, including screenings of all films submitted to UFPFF 2015, featuring the booths of several NGO’s and NPO’s (click here for information on joining the showcase), talk sessions, the premiere screening of animated film ‘What Happens Before War?’, a live concert from the YANO BROTHERS, and more!

UFPFF 2015 has established as a memorial enterprise, “The 50th anniversary of the normalization of diplomatic relations between Japan and Korea ” with around 30 university students from Korea visiting us on the day. We have a special screening and talk show cooperated with the Asian International Youth Film organisation.

Please join us at UFPFF 2015 at JICA Yokohama, on Peace Day, September 21st.
※ There is a charge of 1000 yen for the social gathering.

16:00 – 19:30
Awards Ceremony @ the gymnasium (underground level)
Premiere screening of the animation film project “What Happens Before War?”, with Tange Kouki, and other guests. 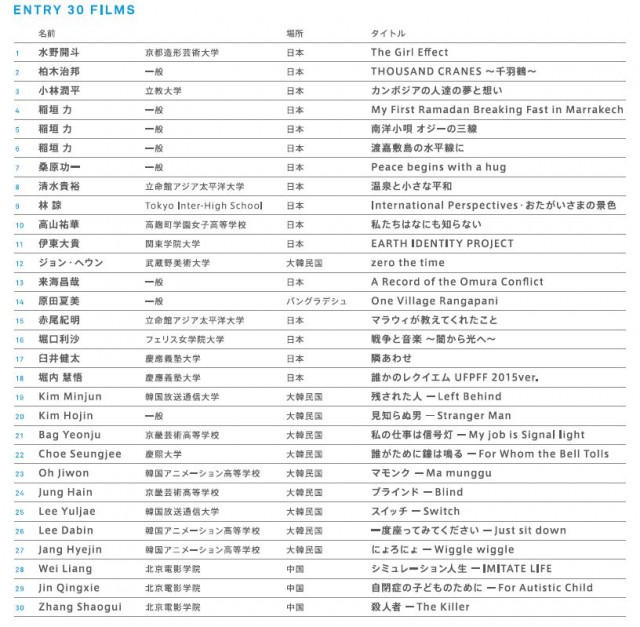